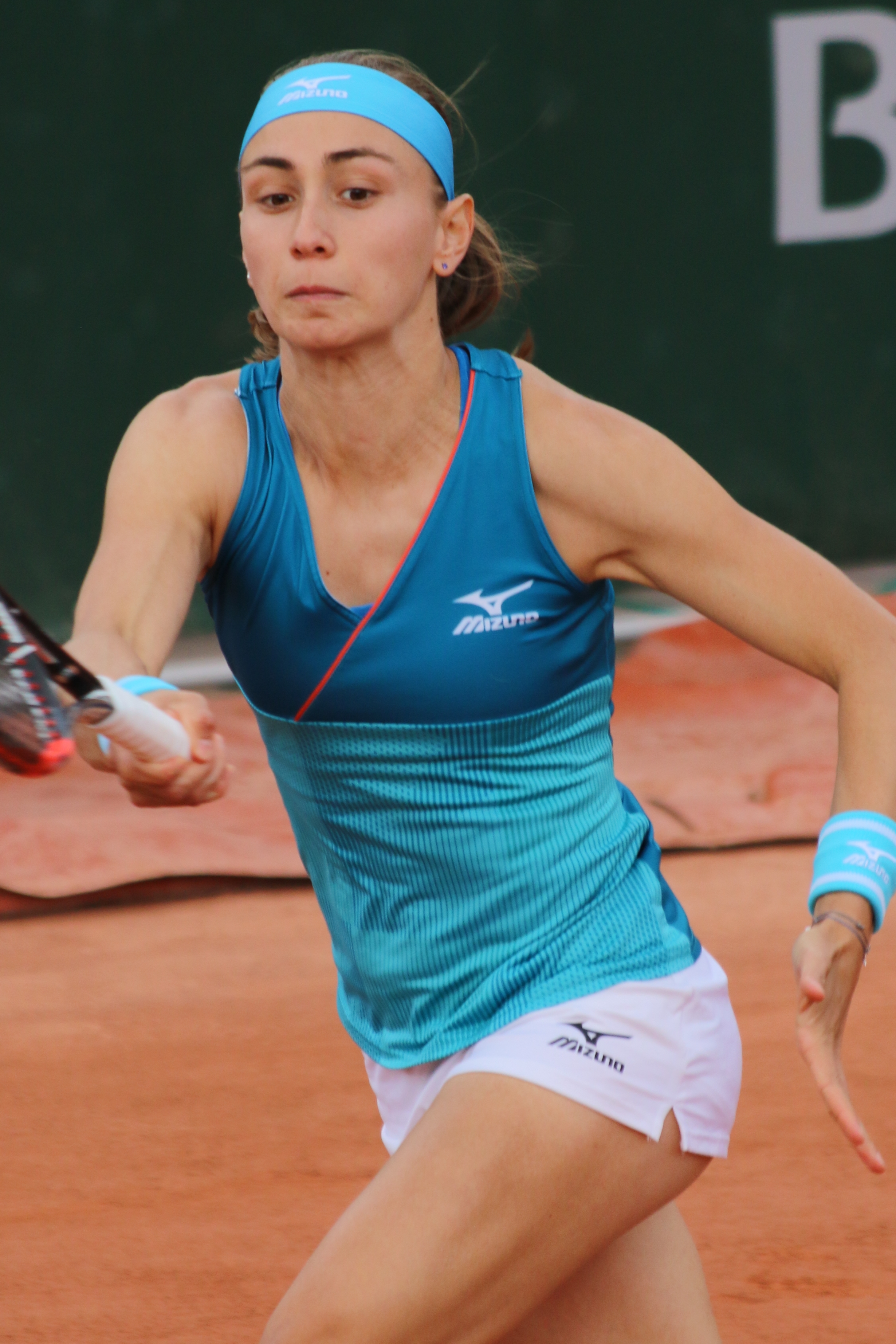 Aleksandra Krunić (Serbian Cyrillic: Александра Крунић; born 15 March 1993) is a Serbian professional tennis player. She has won one singles title and six doubles titles on the WTA Tour along with one singles title on WTA 125 tournaments. In June 2018, she reached her best singles rankings of world No. 39. On 30 September 2019, she peaked at No. 35 in the doubles rankings. She is the current Serbian No. 1 female player.

Krunić was the runner–up of 2009 Australian Open in girls' doubles, along with Sandra Zaniewska. She made her WTA Tour debut at 2010 Slovenia Open, playing doubles with world No. 2, Jelena Janković, and made her WTA singles debut at the 2011 Budapest Grand Prix. In 2014 US Open, in her second main-draw appearance at a Grand Slam tournament, Krunić won her first main-draw match and then reached the fourth round, beating 27th seed Madison Keys and third seed Petra Kvitová in the process.

Krunić has wins over prime or close to their prime Garbiñe Muguruza, Petra Kvitová, Jeļena Ostapenko, Elina Svitolina, Johanna Konta, CoCo Vandeweghe, Sara Errani, Roberta Vinci, Madison Keys, Ekaterina Makarova and Caroline Garcia. She has wins over former top-10 players, Timea Bacsinszky, while she was coming back from injury, as well as over Kimiko Date and Roberta Vinci in their last career matches, which were played in front of their home crowds in Tokyo and Rome, respectively. She also has wins in the qualifying rounds over former top-5 players Francesca Schiavone and Daniela Hantuchová.